Which source is the one you need? 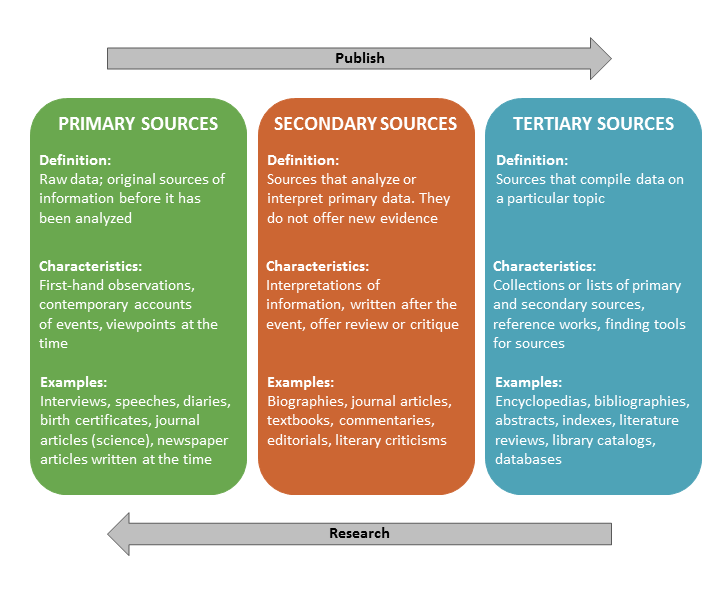 Here are some examples of source types listed by search area:

Primary sources allow researchers to get as close as possible to original ideas, events and empirical studies as possible. Such sources may include first hand or contemporary accounts of events, publication of the results of empirical observations or studies,  creative works such as a novel or painting, and other items that may form the basis of further research. Primary sources were created in the time period under study.

Note: Context often determines whether a source is primary, secondary or tertiary. Sources that are normally considered to fit into one category may sometimes be used as another. For example, news magazines are normally seen as secondary sources, but a study of how a certain news story was covered by the media would probably consider them as primary sources. Each discipline has its own set of standards for what counts as a primary source; when in doubt, ask your instructor or a librarian.

Tertiary resources provide overviews of topics by offering a more concise version of information gathered from other (usually secondary) resources. The primary and secondary sources referenced by a tertiary source are not always fully credited. Tertiary resources often provide data in more convenient form and can provide context helpful in interpreting information in primary and secondary sources.

A note about process, the word tertiary makes those resources sound less significant, however, tertiary resources can be the right place to begin your research project.